In medieval warfare the first and fiercest line was the line of pike. So it seems fitting that these aggressive, hard fighting fish are named after that amazing polearm weapon, the pike.

All fish are predators, but northern pike are made to fit the mold. They have needle-sharp teeth, black eyes, and are covered in slime. They have remained an apex predator for 60 million years. 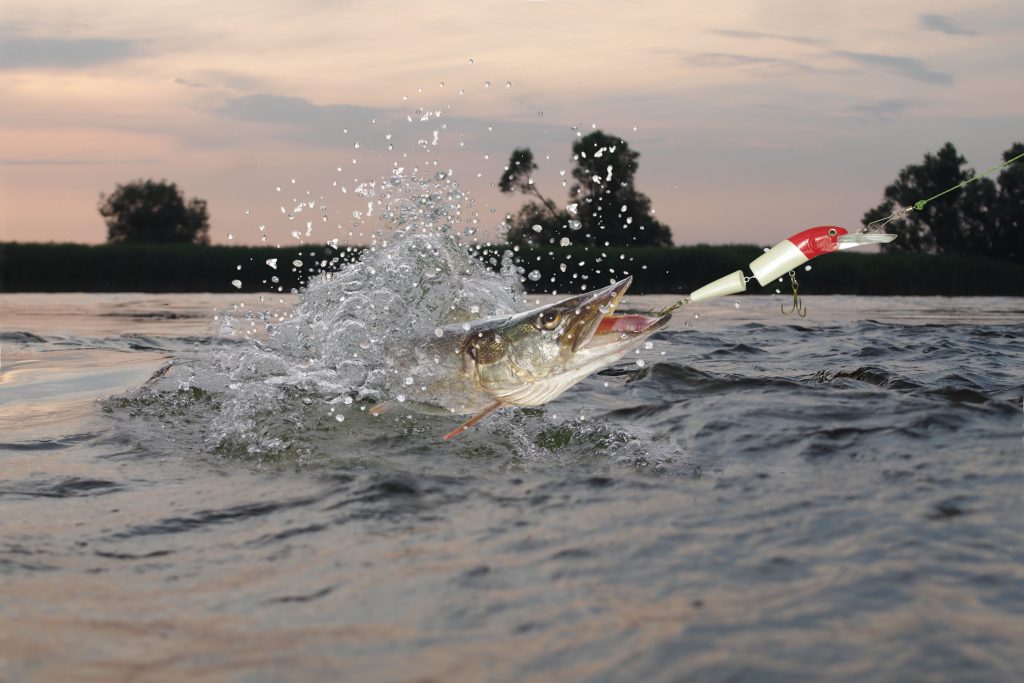 What serious angler wouldn’t want to catch one of these dinosaurs?

Fishing for northern pike is no small task. They like cold areas, will bite anything near them, including your fingers, and are powerful adversaries. But those same traits are what make fishing for pike so popular.

Step one in fishing for pike is, well, finding them. Nearly every northern state has pike lakes. Vermont has some of the best areas as do the Great Lakes states. Since these fish like the cold, you can bet Alaska has some of the finest pike. Fishing for northern pike means getting ready to be chilly.

Gear Up to be Warm or Go Home

When you fish pike, gear is crucial. Fishing for pike means being ready to handle a monster. Fishing for northern pike, which are larger and meaner, means dealing with a dinosaur.

Pike will bite through regular monofilament, so make sure you use a heavy leader. You want at least 20 pound, 12-inch black wire leaders, unless you are using floating plugs.

For floaters, get the shortest wire that you can, about six inches or so, or make your own from 12 inches of 30 pound monofilament tied to a snap at one end and a swivel at the other.

And speaking of the pike’s bite, these hunters won’t just bite line. Watch your fingers when you’re handling pike or you may go home empty handed. Literally. Needle nose pliers are a must and anything to use as a jaw spreader is handy.

If you want to know how to catch northern pike, look no further than a good northern pike lure. The best lure for pike can be found in one of four categories.

How to catch a pike? Give them something to eat. Pike bait, specifically northern pike bait, is pretty simple: if it’s alive and small enough they will eat it.

Walleyes, chubs, perch, bass, minnows, frogs, snakes, insects, even other pike are all on the menu. After spawning, large female pike can be seen cruising the shallows. Northern pike will even attack and eat smaller pike up to half their own length.

People ask about the best bait for northern pike, but the truth is there isn’t any. These monsters will go after just about anything. Northern pike fish are not known for being fussy eaters.

Having eaters willing to go after almost anything means your rigs don’t have to be that picky either. Minnow imitators and worms are an excellent choice for pike. Just work the action to give that hungry pike a reason to hit it.

However, this doesn’t mean all pike are easy targets. There are still important tips for pike fishing, not the least of which is how to read the water where pike are plentiful.

Reading the Water – The Pike Whisperer

The best pike fishing is done in offshore flats not too far from swampy inlets. Pike like to feed at about 3-to-9 foot depths. That’s because these shallow flats are where panfish (bait fish) come to spawn, as well as where trout and juvenile salmon congregate after an upstream stocking.

One thing you can always count on with pike is that they know where the food is located. Follow the food and you will flow right into pike place.

Iced pike that are thawing out from winter will gravitate to secondary coves and other areas that warm early. So fish the flats at the mouths of these coves with spinners. Pike also congregate 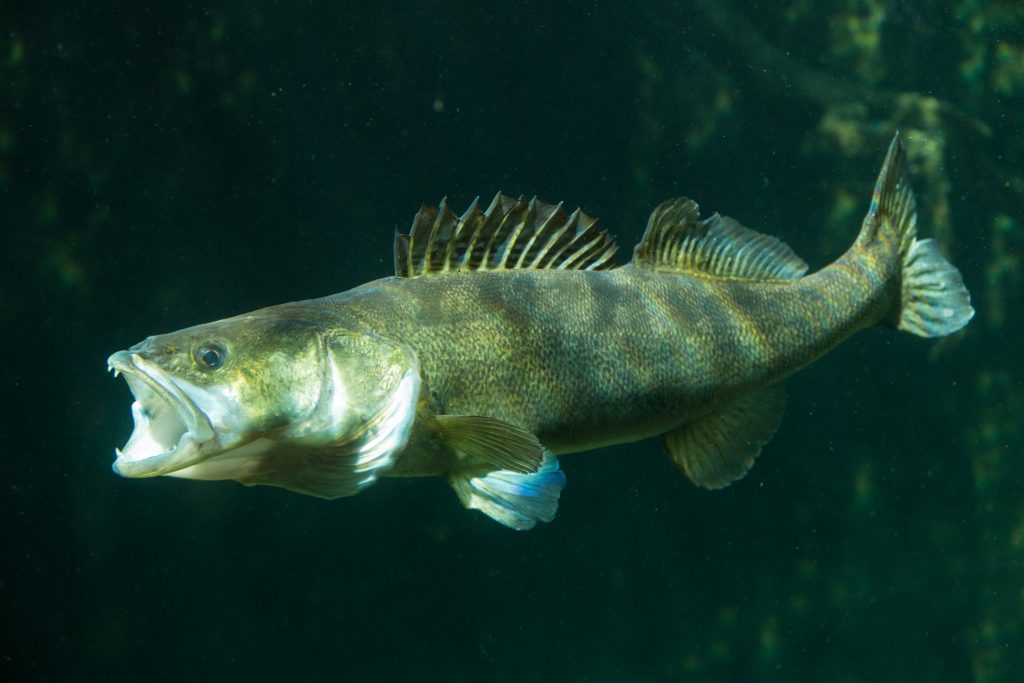 Think of that downed tree or beaver dam as the pike’s version of a water cooler. Cast out a live-bait line and give them something to talk about and snack on. Also, look to the weeds. Pike like to ambush prey from the weeds.

Deeper weeds with access to deeper waters are the last spots on the pike’s spring tour. These are good areas for the end of season as pike over 10 pounds are the first to vacate the shallows for cooler water.

Pike are hardy fighters and strong biters, so make sure and purchase great pike fishing gear. However, you don’t need to go broke getting it. Here at the Rusty Angler we believe in fishing giveaways, fishing sweepstakes, and fishing promotions. While a fishing giveaway might land you some free swag, we are firm believers in promotions.

Companies have fishing sweepstakes all the time to attract new buyers so they can get new gear and equipment out into the public. Nothing sells a new lure better than someone catching a huge pike with it and telling everyone!

Companies want that to happen, which means they are willing to give fantastic promotional deals to get that publicity. So take advantage of fishing for pike and enter the latest fishing giveaways. Check for free and reduced pricing on fishing gear before you go to a company’s web site and pay retail.

That’s all the best fishing tips for now. As always, get your rod, reel and Rusty Angler fantastic deal. May the fish be with you! 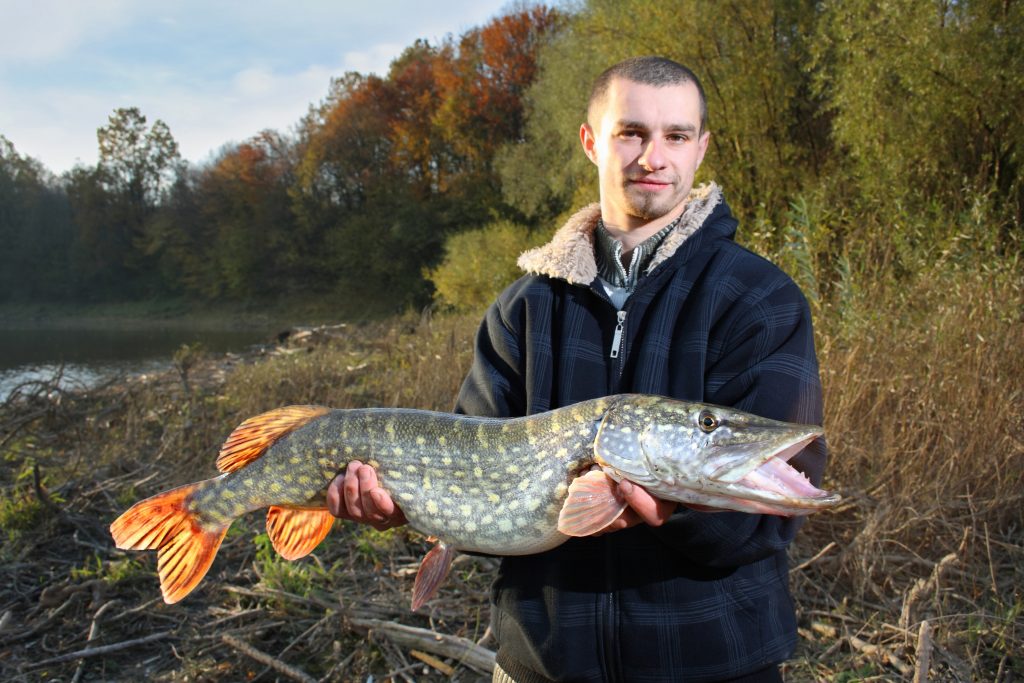