Panfish Lures – Sun’s out, Fun’s out

There are few things that say summer more than sitting by a stream or lake, lazily casting a line into the water, and catching a bunch of fish to take home for supper. Cook them in a cast-iron skillet over an open fire, and you become something out of a Mark Twain novel. Hone your skill by checking out the best information about panfish lures right here. 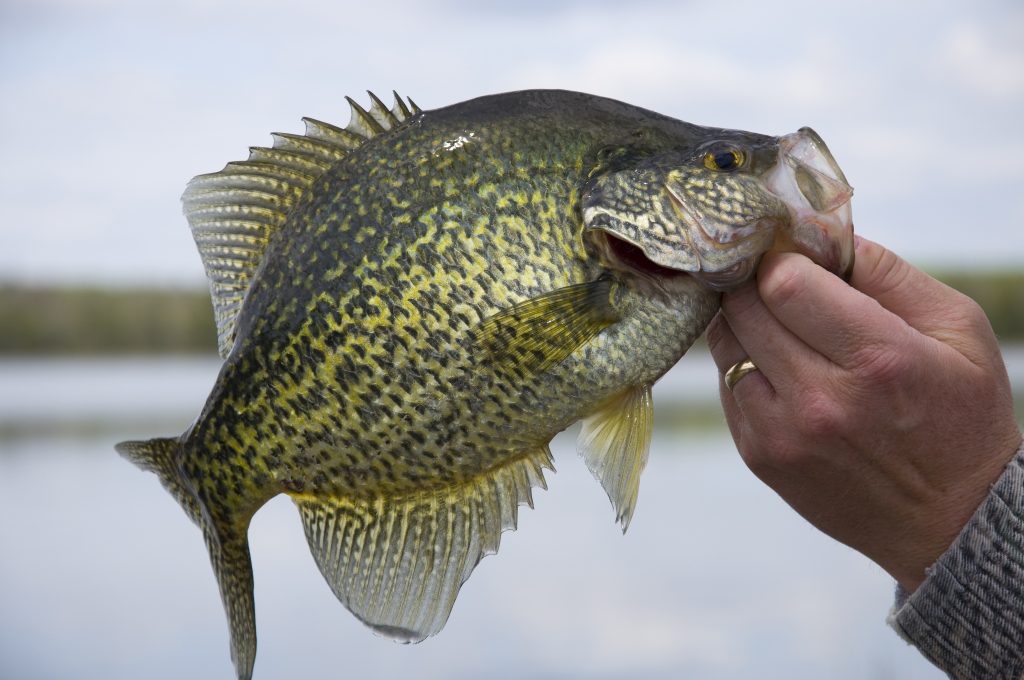 They can be sunfish, crappie, blue gill, yellow perch, or any other variety of freshwater or saltwater small fish, just as long as they fit in the pan. That, my friends, is where the name Panfish comes from.

Any Americana cookbook worth its salt has a chapter full of recipes for these delightful delicacies. So grab a pole, grab some gear, and let’s drop a line into the wonderful world of panfishing.

Flyfishing for panfish – A river of options

Blugills can be found in streams and rivers throughout the country, and one of the best ways to catch them is with a fly-fishing rig. One of the more popular panfish, bluegills are fun to catch and small enough for children to catch.

Bluegills are eager to hit, they aren’t picky about the flies they eat, and they are great training for trout fishing. You can catch bluegill on just about any fly you have in your box, just as long as you present it to them properly. Another benefit of fly fishing for bluegill is the way they attack dry flies.

When it comes right down to it, any fly you care to use is a panfish fly. Poppers, foam hoppers, nymphs, and streamers are all useable panfish flies. Like a drunk college student at 3am, bluegills will eat almost anything they see.

While bait for these fish can be almost anything – I once caught a bluegill with a bare silver hook – techniques for panfish are even easier. There’s a reason beginners often start with these fish.

Even a first-time fly fisher can have a great day fishing for bluegill. Just remember a couple of tips:

Anytime I think of summer fishing, I think of taking young children out to catch sunnies. Not only are they easy to hook, but they are quick to do so, the perfect combination for an eager child’s short attention span.

In addition, a panfish jig for sunnies is one of the easiest in the business. It’s hard to beat a small hook, night crawler, lead weight and bobber. Most anglers I know got their start sitting on a dock

or bridge, rod in hand, with a sunfish on the line.

However, that doesn’t mean there aren’t good panfish lures out there, and ones that are worth using.

Beatle spinners and ultra minnows are some of the most reliable panfish lures made. They’re easy enough for new anglers to learn with, and inexpensive enough that when your kid loses a couple to the fish you won’t panic.

And that’s important. Let’s remember the point of going after sunnies, crappies, and other panfish: a relaxing, fun day in the summer followed by a smoking fire, pan-seared fish, and memories to last a lifetime.

For me, those precious summer memories include not worrying about the cost. Luckily, panfish are not only easier to catch, they are much softer on the wallet.

You can grab an inexpensive rod, some low-test line, a few hooks, weights, and bobbers for your panfish lures and you are off to the dock. If you want to get fancy, and really deck out your tackle box, don’t be afraid to find the specials and deals around you.

Sites like the Rusty Angler have all sorts of fishing giveaways and fishing sweepstakes that can fill your needs without emptying your bank account. In addition, many companies and groups have fishing promotions such as buy one get one free or, even better but rarer, buy one get two free.

Panfish – Not only for summer

Finally, for those of you in the less than summer like climates, it is possible to go ice fishing for panfish. Bluegills, crappie, and perch can all be hooked during the colder months, it’s just a matter of technique and bait. Even if you’re fishing for catfish, you can cook up a mean fish in a pan. 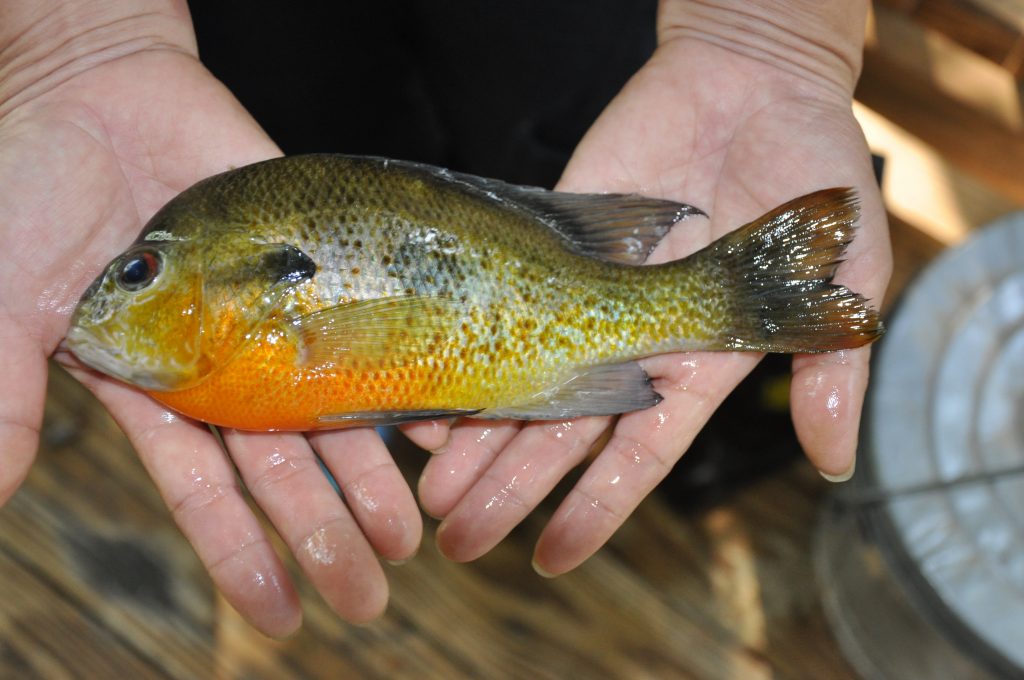 Like all fish, local details will vary from lake to lake. However, when ice fishing for panfish, you can’t go wrong targeting weed beds. Look for those crisp, green patches that pump out oxygen and fuel the food chain of insects and microorganisms.

To find those beds, think of shallow areas. They are more likely to have weeds. When you drill through the ice, pay attention to the color of the water as well. Clean water means there are weed beds filtering the area. Cloudy water means mud and murk.

The Joy of Fishing

Still, for me, panfish are a summer fish. Whether it’s bluegills gathering around a bridge pylon, carp collecting at the edge of a dock, or skipjack schooling in an islet before heading out to sea, it’s hard to go wrong with these fish.

I’ve hooked these little guys with everything from a cane pole to a full rig. It’s simply one of the best ways to spend a summer day. Plus, there are few things that make a child happier than seeing her family eat the fish she caught that morning.

So grab a pole, some worms, and something cool to drink and head out for the day. I guarantee, you won’t regret it.